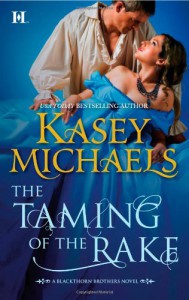 Chelsea has just been informed by her brother, Thomas, she is to marry his very religious and cruel friend. She decides to run away and elope to a man of her choosing. And she chooses Oliver Blackthorn - a man she knows Thomas hates.

Oliver Blackthorn is the oldest son of a marquess, but his father and mother never married. His mother refused because she would rather travel around as an actress. Being a bastard had never bothered Oliver, until he proposed to Chelsea's sister years earlier and was denied and humiliated by Thomas for presuming a bastard could ever marry the daughter of an earl. Thomas and Oliver have been enemies ever since. And now Oliver has been given the perfect revenge - marrying Chelsea.

I am very picky about my humor. I tend to find darker or geekier things funny. The author did go for the funny in this book and I actually found it charming. Much of it was Chelsea and Oliver's teasing each other. I guess I would call their relationship adorable. The dialogue between these two characters was my favorite part of this book. Chelsea is not shy or unsure of herself in the least. She is not afraid to express herself or her ideas. She actually may be a little too headstrong. But Oliver comes to like that about her.

The plot was fine - nothing terribly exciting, but not dragging either. Much of the story is Chelsea and Oliver trying to make it to Scotland before Thomas. And, of course, they get to know each other on the way. They are, throughout their journey, sometimes joined by the youngest Blackthorn, Puck, and they have a surprise run in with the most mysterious of the three brothers, Jack.

My one big beef with the book is the title. Oliver is not a rake. After the incident with Chelsea's sister, he swears off love, but he does not become a rake in the full meaning of the term. The title does not really fit.

Give this book a read if you are looking for a sweet and funny historical romance. 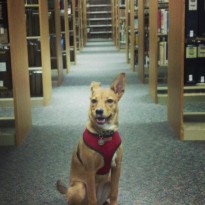